THE BEACHES OF RIO DE JANEIRO 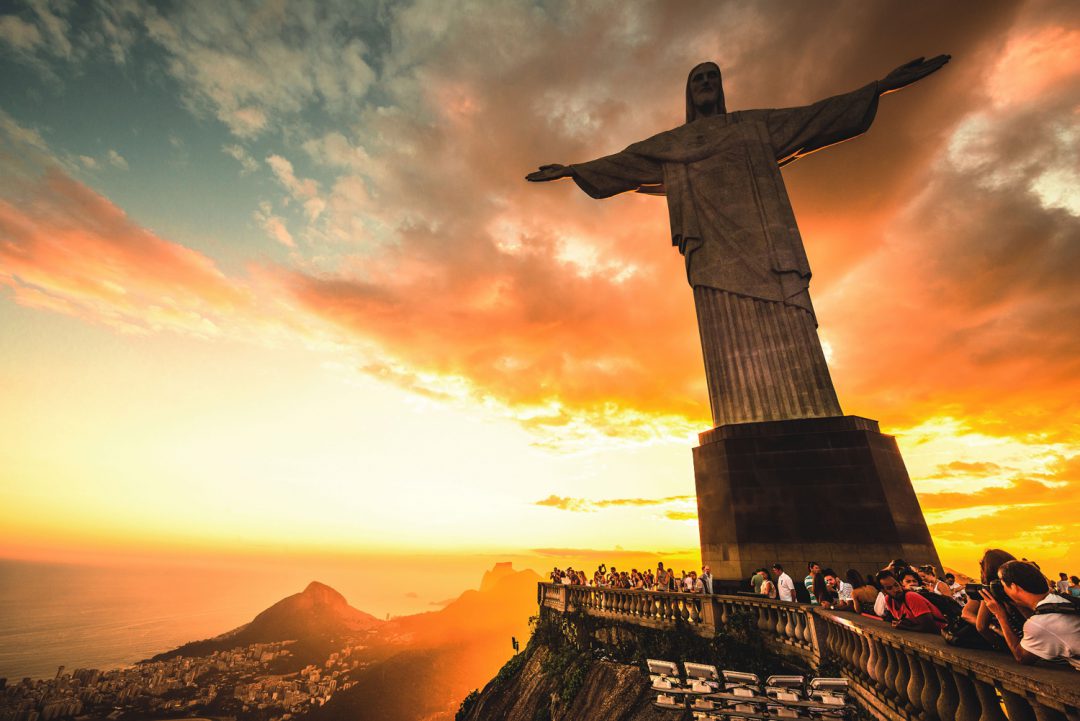 THE BEACHES OF RIO DE JANEIRO

The beaches of Rio de Janeiro attract visitors seeking a tan and a taste of local culture. Take a walk along the soft sands of Leblon, Ipanema and Copacabana.
This is not the Rio de Janeiro beach scene I had imagined.
A gaggle of toddlers play in a fenced-in playground a few feet from the shore. Parents, grandparents and babysitters mill about with bottles of milk and sunscreen, ready to feed a crying mouth or protect a sunburned set of shoulders. Strollers, buggies and wagons line the black and white tiled sidewalk.
We’re in Leblon, the westernmost beach of Rio’s main shoreline. Framed by the craggy haunches of the Dois Irmãos mountains, Leblon is one of the most affluent neighborhoods in the city. Families flock here, looking for a tamer alternative to the city’s more famous beaches along Ipanema and Copacabana.
So do tourists like me and my fiancé Greg, who had heard the area is quieter and safer than surrounding neighborhoods.
“Here is good at night,” our AirBnb host said earlier that morning, pointing to Leblon on the map she had spread out on the apartment’s kitchen table. She pointed to Ipanema next. Not knowing exactly how to describe it in English, she just wiggled her hand and pursed her lips. Not so good at night, we took that to mean. She pointed to Copacabana last and scrunched up her face. “Night? No good,” she said.
But right now it’s broad daylight. We walk east, leaving the toddlers and their tenders behind. Our guidebooks said the waters were rough in Rio. Even ankle deep we can feel the pull of the tide as it rushes back to the South Atlantic Ocean.
A beach vendor approaches, her arm loaded with a rainbow of sarongs. We flag her down and purchase a thin purple sheet adorned with yellow and black stripes. She lays down her load and shows me how to wrap the sarong as a dress, a skirt, and, with a few careful folds and knots, as a tote bag.
But for now all we need is a place to sit. We lay the sarong at an angle, giving us a view of the shores and the people sunning on the sand.
Unlike the beachgoers back home, people show up on Rio’s shores purposefully empty-handed. The woman who sold us the sarong is part of an unofficial union of beach vendors. They patrol the shores selling everything from food and sunscreen, to coloring books and kiddie pools. A man passes us with an umbrella loaded with dangling bikinis. Another is carrying so many straw hats all we can see are his brown legs and Havaianaflip flops. We flag down a woman wearing a cooler like a purse and order two beers.
On the Catwalk in Ipanema
After downing the beers and walking 25 minutes along the shore, we’re in Ipanema. Now this is the Rio beach scene I had imagined.
Once a hub for Rio’s rebels and intellectuals, Ipanema today is the playground of the young, tan and beautiful. Even in your skimpiest bikini or board shorts you’ll feel overdressed among the thongs and G-strings. The body is celebrated here and the beach scene laps up onto the city sidewalks, where you’re just as likely to encounter sarongs and sandals as you are suits and ties.
There’s a stronger concentration of beach vendors here in Ipanema. They weave among the sunbathers and pickup games of futevôlei, volleyball played with the feet instead of the hands, and frescobal, the Brazilian answer to paddle ball. We order another beer and watch a pickup futbol game.
Surfers and Sunsets
The sun is lower in the sky as we cut into the city to walk to Copacabana, perhaps the most famous of Rio’s beaches. The vibe here is more touristy, more ritzy. When the Copacabana Palace Hotel opened its doors in the 1920s, the rich and famous flocked to Copacabana to see and be seen. It put Rio on the map of Hollywood’s A-list, and even today the penthouses and high-rise hotels go for more than twice what we paid for our Leblon apartment.
We turn around and walk back to the Forte de Copacabana, once the city’s main line of defense against invaders. Today it’s a cultural center commemorating the country’s most famous battles.
After exploring the artillery, we lay our sarong on the rocky crags that line the water. Arpoador beach has some of the best swells of Rio’s city beaches. Below us surfers ride waves that look almost silver in the fading afternoon light.
We had read Arpoador beach is the best place in Rio to catch the sunset. We flag down a vendor, order another beer and watch as the sun sinks behind the DoisIrmaos.
In summer, crowds gather to applaud the sunset. But tonight, on this chunk of rock, it’s just us and a family speaking a language we don’t understand.
The sun disappears and we climb back to the street level, eager to get back to Leblon before dark. Source Travelmag.com