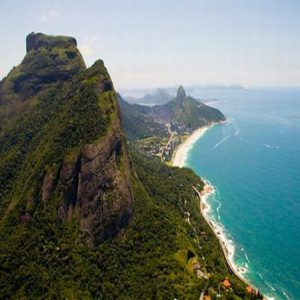 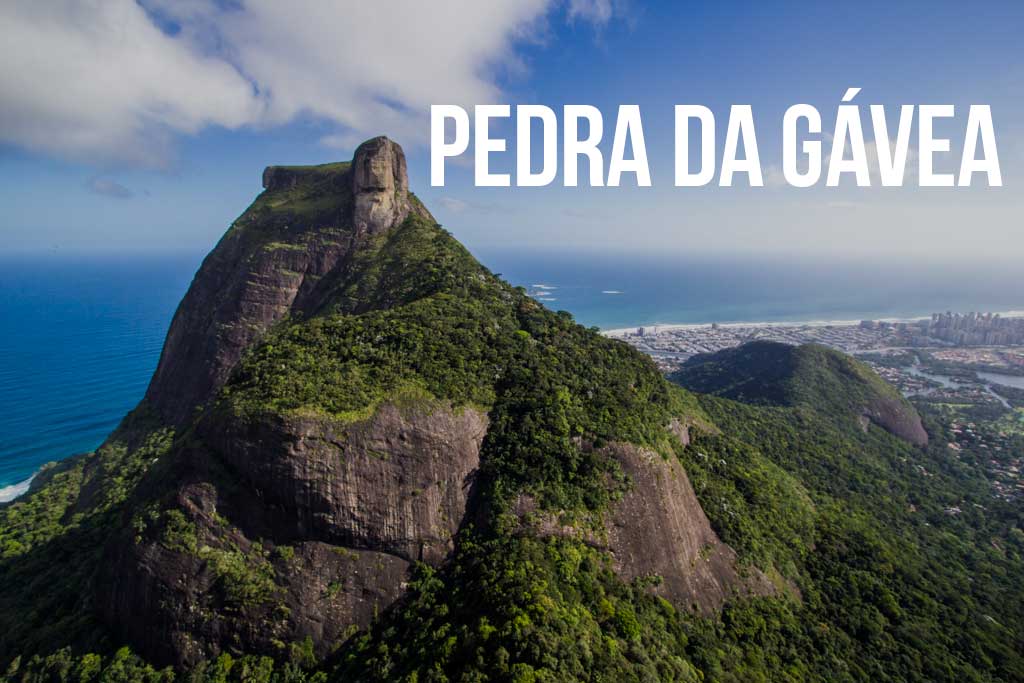 Pedra da Gávea is a monolithic mountain in Tijuca Forest, Rio de Janeiro, Brazil. Composed of granite and gneiss,The mountain’s name translates as Rock of the Topsail, and was given to it during the expedition of Captain Gaspar de Lemos, begun in 1501, and in which the Rio de Janeiro bay (today Guanabara Bay, but after which the city was named) also received its name. The mountain, one of the first in Brazil to be named in Portuguese, was named by the expedition’s sailors, who compared its silhouette to that of the shape of a topsail of a carrack upon sighting it on January 1, 1502. That name in turn came to be given to the Gávea area of the city of Rio de Janeiro.

the summit is one of the best places to take in Rio de Janeiro, and the hike up is one of the most challenging and rewarding the city has to offer.